„That is what I call a success story!“ 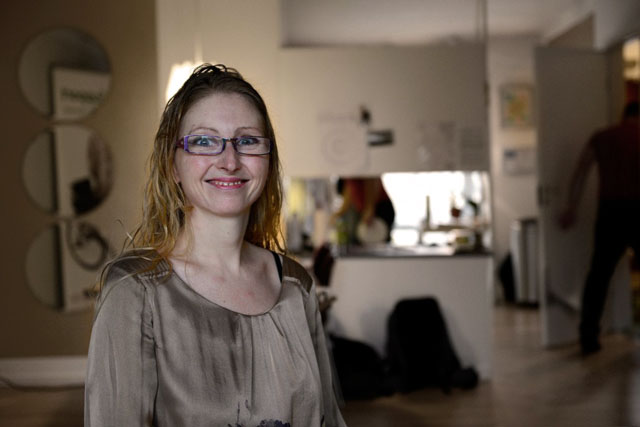 Kristina Song Vita, Rødovre. 39 years old. Partially paralyzed after a car accident 16 years ago. Had a RotoFlex bed for one and a half years, but no longer needs it.

The life that I had in the past was not worth living. Being moved around all the time, imprisoned because I couldn't get out of bed on my own, not being able to go to the toilet during the night – it was terrible.

I struggled for a long time to get a RotoFlex bed, but the municipality refused throughout. Eventually the company selling the RotoFlex, Lewel Plus, was kind enough to lend me the bed. From that day on so many good things happened to me, because I was able to get in and out of bed without help.

Physically I got much better in a short time because there was no longer anyone pulling my arms and legs and injuring my joints. But I was also mentally better since I no longer had to fight the municipality to get a better bed.

In addition to both physical and mental peace, I also got a better bladder function because I could go to the toilet during the night instead of just lying still, holding it back, waiting for the caregivers to arrive. And most importantly it allowed me to actually live a meaningful life instead of concentrating only on surviving while being stored and moved around like an object.

After I'd had the RotoFlex for a year, I could do so much more and needed fewer hours of care. I never thought it would happen, but suddenly one day I could feel my leg for the first time in many years. Later I was able to slightly wiggle my toes, and today I can sit on a chair with small wheels and push myself around. On the really good days I can stand up for a few seconds.

I can't say whether the RotoFlex bed made all the difference but I am certain it helped. Now I feel so much better that I don't even need it anymore. That is what I call a success story.